Our Friend Ben Sanair is including Berlin in his World Tour exhibition. This talented son of Marseille's grafic underground scene brings us many crazy doodles and beautifull Prints for his first solo Exhibition in Berlin.

After being graduated from ESBAM Marseille in 2007, he worked for many bands and has been commissioned for gig poster.

Ben Sanair is now running « La generale Minerale « , a publishing house oriented in silkscreen books and prints, and from August 2016 to December 2017 he also work as a silkscreen printer at Le Dernier Cri in Marseille. 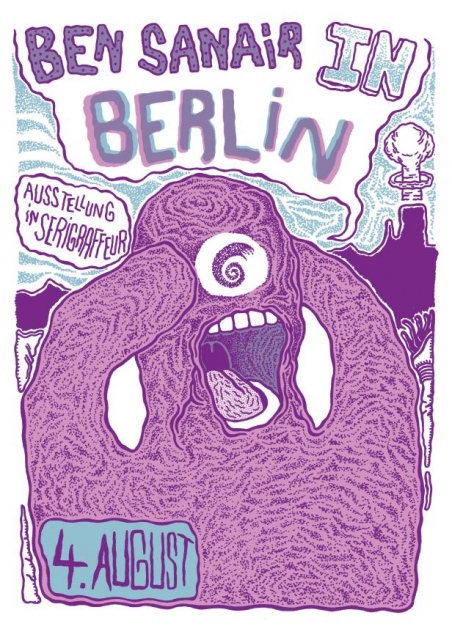